The next stable version 2.6.4 is finally here!

Four months since the last release, this version brings a lot of bug fixes and big improvements in error handling and reporting. Furthermore, we finally use the TheTvDb API v2!

If an error occurs while searching for a movie or scraping a TV show, a message box containing the error code and message will be shown instead of just silently failing. This has been annoying in the past because users were not able to distinguish between network errors and MediaElch bugs. Many bug reports were due to a scraper being down or a provider’s response time having increased. 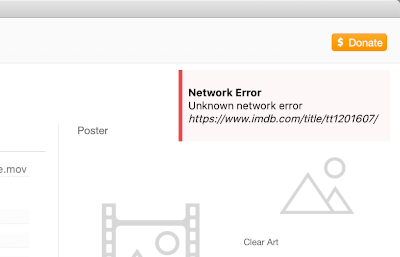 After more than one year we finally managed to update to TheTvDb API v2. This has fixed many issues that existed due to the outdated API.

We further refactored our code base to make development easier. This however introduced other bugs which is why we had to postpone this release a bit. But we’re sure that it’s worth in the long run. On top of that we have to keep up with Qt. The latest releases of Qt marked more function deprecated and we therefore have to update those places in our code base that still use the old APIs.

We will continue to improve MediaElch. Stability is the most important issue at the moment as we had crashes and other issues in the last versions. We have to keep up with the Kodi NFO format which is why the next version will need some changes in regards to (multiple) ratings and so on.

Stable releases can be downloaded from https://mediaelch.github.io/mediaelch-doc/download.html For Linux distributions we provide repositories for Ubuntu (.deb) and openSUSE (.rpm).

Where can I get help?

If you find a bug, please open an issue on https://github.com/Komet/MediaElch/issues

Check out the full changelog at https://mediaelch.github.io/mediaelch-doc/release-notes.html